About Us (Englsih Version)

Information on the IfK

I. Aims and Objectives of the Institute

The Institut für Kammerrecht (IfK) deals with issues related to the law of decentralized public corporation in the field of the economic and liberal professions, so called Chamber Law (Kammerrecht). The German legal concept of self-government distinguishes between local government with its local decentralized public corporations and so called functional self-government (funktionale Selbstverwaltung) with further public corporations called Chambers (Kammern), which are authorised to regulate their own affairs and interests but are subject to state supervision. The latter may be found in different areas of public life, for instance, in the field of education and culture as well as in the economic sector and area of the liberal professions. The IfK pays its full attention to problems arising in the context of the legal concept of functional self-government, i.e. the administrative system of these decentralized public corporations, in the field of the economic and liberal professions.

With regard to its academic relevance, the term Chamber Law is an often ignored field of academic study. Although changes are now gradually recognisable, this is clearly revealed by the fact that only a few areas of this field of law have been commented on in a sound academic manner.

The IfK was founded in May 2002 in order to point out the enormous legal academic and practical relevance of the Chamber Law. What is more, some of the decentralized public corporations are faced with serious criticism regarding their further existence and scope of duties. Furthermore, a reform within the Chamber Law in respect to the organizational form as well as the exact layout of duties and responsibilities of these decentralized public corporations is currently under discussion.

Consequently, the special legal problems as well as the basic principles of Chamber Law evidently constitute a potentially fruitful area for further academic research and deserves full consideration in these days. Additionally, the Institute caters to the interest of the Chambers of the economic and liberal professions to accredit and train their members of staff.

The Institute is a registered association and finances its activities via membership fees. In addition to the Chambers of the economic and liberal professions and their leading associations, private persons as well as other organisations interested in the field of Chamber Law may apply for membership. The Institute acts as an independent academic organisation; it is not an association for the representation of interests. According to Paragraph 2 of the IfK By-laws, the aims of the Institute contain “the promotion of research in the area of Chamber Law involving European Law along with further training in this area of law, in particular for scholars and employed persons“. The academic activities are exercised internationally open, i.e. they take into consideration aspects of International, European and Comparative Law. It is the overarching goal of the Institute to make the abovementioned German model of functional self-government known within the European Union and to highlight its special suitability with regard to the enforcement of deregulation and harmonisation processes at the European level.

III. Activities of the Institute

The activities of the Institute include four main lines of action: 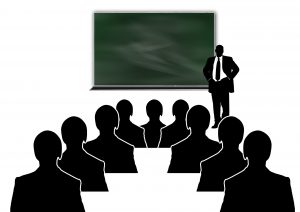